We are delighted to join more than a dozen local businesses and organisations in supporting the 2018 Balsall Beerfest:

When we saw there was an opportunity to sponsor the event, also known as Balsall Beerfest, we jumped at the chance.   The event has various aims: promoting local breweries, an aspect of the industry that nearly died 50 years ago; raising money for local causes; bringing the local community together.

Our Principal Dental Surgeon Dr. Ashley Davenport will be attending with wife and Practice Manager Cathy and her parents who enjoy supporting beer festivals and supporting small local breweries:

“Real Ale is a part of British heritage that was on the verge of being lost 50 years ago, but which is currently thriving,” explains Ashley.

“We’re keen to ensure this continues by contributing in our own small way.  There will be 14 beers from 7 local breweries, all within 20 miles and Church End Brewery has been one of my favourites for a long time.  I remember when they were based behind the Griffin Inn at Shustoke.  I’m also looking forward to the chance to sample Silhill and Byatt’s as I’ve not come across them before.”

“We have a great deal of admiration for the work our local Lions do, staging so many of our community’s largest fundraising events.  Last year’s Beer Festival raised more than £3000 for local causes and given that they have been licensed to sell more tickets and more beer, with a tent and music, we hope the Lions can exceed last year’s figures.”

We’re really looking forward to plenty of beer and sunshine (fingers crossed for the latter).

We are happy to join a list of just over a dozen local businesses that have teamed up to support this event: 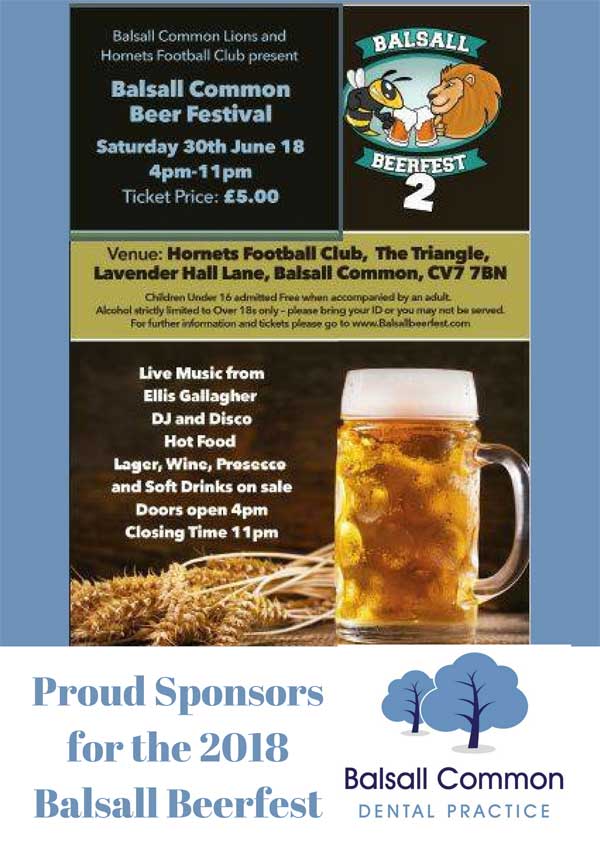