Why is Dental Hygiene Important? 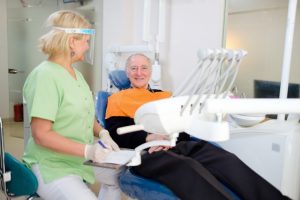 In our younger years, our parents told us to skip the sweets to avoid tooth decay.

As we grew, we learned that lack of dental hygiene could lead to other diseases like gum disease or problems like bad breath.

However, did you know that poor dental hygiene can also lead to more serious illnesses?

Here are three different serious illnesses that can happen as a result of poor dental habits:

Alzheimer’s Disease. A study at New York University in 2010 showed that gum disease caused by poor dental hygiene has a direct link to Alzheimer’s disease.

Porphyromonas gingivalis is a type of bacteria found in the mouth. It mainly causes gum disease and tooth loss. Scientists at the University of Central Lancashire in 2014 found that the bacteria can get from the mouth into the brain either by crawling up the nerves of teeth or by hitching a ride on red blood cells.

Heart Disease. According to studies, heart disease risk increased because – in people who have bleeding gums – bacteria from the mouth can enter the bloodstream and stick to platelets, which can then form blood clots, interrupting the flow of blood to the heart and triggering a heart attack.

to discuss how we can help treat gum disease to reduce the risks above.